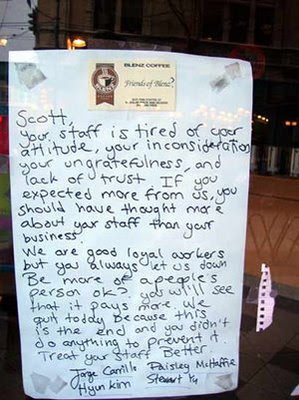 Project teams can be a project manager's greatest resource or can be a huge impediment to getting things done. I have a lot of opinions about project teams and most people would find them to be controversial. I will state them here and hope for feedback.

Project teams tend to waste a lot of time, and like to blame others (outside the team) for lack of project process

Project team members are rarely on the same page

Internal politics doom many project teams from the start

One or two "bad apples" can spoil the whole bunch

Many functional managers don't believe they have to support project teams, and at times they do all they can to undermine the team approach to managing projects

Lack of leadership, direction, and follow-up from top management is the number one cause of project team failure

If you have a member of your project team that would rather be doing something else, do everything you can to grant their wish

Lots of organizations talk a good talk when it comes to project management and teams, then go about managing change using the same old failed processes

Many project team members are loyal to their functional departments, not to the project

Teams by nature are dysfunctional, and because of this fact the project schedule and estimates should reflect this

Many project teams are composed of the wrong people doing the wrong things at the wrong times.
Posted by ProjectSteps at 9:51 PM

I guess you've seen that all live. However bringing many of these opinion on a general level you aren't fair for many project teams.

Most of issues you present can be avoided if company culture is healthy and there's strong leadership in the team.

Of course when you have som bad apples it's always a problem and even with the best approach you don't have to end with a perfect team.