Principles and the Project Manager

Principles are mile posts that help to guide our conduct. They come from natural laws that are recognizable by all cultures. Principles have been around since the dawn of time.  They are timeless and aren’t dependent on us making them a permanent part of our lives.

I believe a most of our problems in society come from the fact that many of our leaders and manager don’t live principle-centered lives.

What are principles that are easily recognized? These are a few: Patience, Kindness, Tolerance, Integrity, Honesty, Encouragement, Trustworthiness, Empathy…

Principles should guide our conduct, and when they do, they are easily recognizable by others.  When our leaders decide to reject principles in order to gain power, influence or money, the organizations they lead are in deep trouble.

Many times leaders attempt to put aside principles to get short-term gains.  They believe by making speeches filled with empty promises they will gain the trust of others.  This happens all the time in our organizations, and results in the same mistakes repeated over and over.  Having said that, we keep electing the same people to office over and over, don’t we?  Where has this gotten us?

Albert Einstein said, “The significant problems we face cannot be solved at the same level of thinking we were at when we created them”.  To solve the tough problems we need to look at our paradigms and habits and be willing to change them.  Sometimes this means firing (not re-electing) our current leaders.

I have seen the results of unprincipled leadership, and the behaviors these “leaders” exhibit can have a profound, lasting, and negative influence on others.  The sad part is these leaders believe they are part of the solution, however we know better.  You can’t lead your way out of a problem that you don’t fully understand, and if you try to do it without principles the results are easily predicted. DISASTER!

Big problems cannot be solved by small people and small mindedness.  Remember, principles aren’t values. The Mafia has values, but their practices certainly aren’t related to principles. As Stephen Covey say’s “Principles are the territory. Values are the map”.
Posted by ProjectSteps at 10:00 AM 2 comments:


Project teams can be a project manager's greatest resource or can be a huge impediment to getting things done.  I have a lot of opinions about project teams and most people would find them to be controversial.  I will state them here and hope for feedback.

Project teams often tend to waste a lot of time, and like to blame others (inside and outside the team) for lack of project process
Project team members are rarely on the same page

Internal politics doom many project teams from the start

One or two "bad apples" can spoil the whole bunch

Many functional managers don't believe they have to support project teams, and at times they do all they can to undermine the team approach to managing projects

A "visionary" is a person that is usually often disengaged from everything, and accountable for nothing

Lack of leadership, direction, and follow-up from top management is the number one cause of project failure

If you have a member of your project team that would rather be doing something else, do everything you can to grant their wish

Lots of organizations talk a good talk when it comes to project management and change, then go about managing change using the same old failed processes

Many project team members are loyal to their functional departments, not to the project

Teams by nature are dysfunctional, and because of this fact the project schedule and estimates should reflect this

Dysfunctional project teams are usually the fault of senior management because of their refusal to attend important project team meetings.  Ultimately the project manager is still accountable for project team dysfunction.

Many Some project teams are composed of the wrong people doing the wrong things at the wrong times.
Project team dysfunction is normal.  Staying dysfunctional is typical, but in the end detrimental to the careers of those involved.
Posted by ProjectSteps at 12:45 PM 3 comments:

Part 1 -  I thought the statements below made a lot of sense, or were humorous. Look for part two next week.


Good estimators aren't modest: if it's huge they say so.
The sooner you begin coding the later you finish.
A verbal contract isn't worth the paper it's written on.
What is not on paper has not been said.
If you don’t know where you’re going, any road will take you there.
If you fail to plan you are planning to fail.
If you don't attack the risks, the risks will attack you.
A little risk management saves a lot of fan cleaning.
The sooner you get behind schedule, the more time you have to make it up.
A badly planned project will take three times longer than expected - a well-planned project only twice as long as expected.
If you can keep your head while all about you are losing theirs, you haven't understood the plan.
When all's said and done a lot more is said than done.
If at first you don't succeed, remove all evidence you ever tried.
Feather and down are padding - changes and contingencies will be real events.
There are no good project managers - only lucky ones.
The more you plan the luckier you get.
A project is one small step for the project sponsor, one giant leap for the project manager.
Good project management is not so much knowing what to do and when, as knowing what excuses to give and when.
If everything is going exactly to plan, something somewhere is going massively wrong.
Everyone asks for a strong project manager - when they get him they don't want him.
Overtime is a figment of the naïve project manager's imagination.
Quantitative project management is for predicting cost and schedule overruns well in advance.
Good project managers know when not to manage a project.
Metrics are learned men's excuses.
For a project manager overruns are as certain as death and taxes.
If there were no problem people there'd be no need for people who solve problems.
Some projects finish on time in spite of project management best practices.
Good project managers admit mistakes: that's why you so rarely meet a good project manager.
Fast - cheap - good: you can have any two.
There is such a thing as an unrealistic timescale.
The more ridiculous the deadline the more money will be wasted trying to meet it.
The first 90% of a project takes 90% of the time the last 10% takes the other 90%.
The project would not have been started if the truth had been told about the cost and timescale.
To estimate a project, work out how long it would take one person to do it then multiply that by the number of people on the project.
Never underestimate the ability of senior management to buy a bad idea and fail to buy a good idea.
The most successful project managers have perfected the skill of being comfortable being uncomfortable.
When the weight of the project paperwork equals the weight of the project itself, the project can be considered complete.
If it wasn't for the 'last minute', nothing would get done.
Nothing gets done till nothing gets done.
Warning: dates in the calendar are closer than you think.
There is no such thing as scope creep, only scope gallop.
Anything that can be changed will be changed until there is no time left to change anything.
If project content is allowed to change freely the rate of change will exceed the rate of progress.
If you can interpret project status data in several different ways, only the most painful interpretation will be correct.
A project gets a year late one day at a time.
A project isn’t over until the fat check is cashed.
Powerful project managers don't solve problems, they get rid of them.
Posted by ProjectSteps at 3:11 PM No comments:

Focus on What Matters

You can’t be a good project manager if you are constantly distracted by negative thoughts and negative people. Choose today to get back to some of the basics of what it means to be centered. A few lessons I have learned are listed below:

Surround yourself with positive people

Believe that most of the time others are doing their best

Get rid of negative thoughts

Be happy with what you have, but don’t accept less than what you deserve

Be true to yourself and others

Be a good friend

Be positive, and an inspiration to others

Be grateful for what you have because it may be gone tomorrow
Posted by ProjectSteps at 10:17 AM 1 comment: 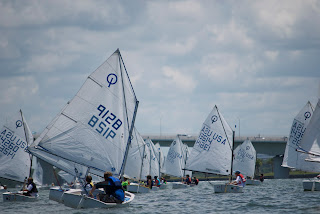 One of the things that hurt project teams most is the lack of an enterprise focus and oversight regarding the management of projects. It takes discipline to manage projects, and enterprise project discipline is lacking when executives are disinterested or disengaged. Great organizations (not just project managers) manage projects well, and in doing so they have employees with higher morale, they get better project results, and implement projects faster with higher quality.

So why don't more organizations keep closer tabs on their projects at the enterprise level? Some would say the executives are too busy strategizing, and the projects are running just fine without their oversight. I think people that say this are fooling themselves and have little to no project management discipline.

Before we go further, we need to ensure we have a clear understanding of the word discipline. Discipline is the act of encouraging a desired pattern of behavior. George Washington said: "Discipline is the soul of an army. It makes small numbers formidable, procures success to the weak, and esteem to all". In other words, discipline is the glue that holds organizations together.


The lack of project discipline is the fault of all project team members, but the cause of a lack of discipline lies at the top of the organization.

Disconnected, disinterested, and unengaged leadership is unacceptable in any organization. Undisciplined organizations have high turnover, low employee morale, and poor project results. These organizations cheat their investors and customers by not providing the highest level of service possible. Highly disciplined organizations make and keep commitments, manage to clearly stated and measurable goals, and have executives that are engaged and visibly participate in the oversight of projects and day-to-day operations.

In closing, dysfunctional organizations believe that the workers are solely responsible for managing projects and operational work. These organizations believe that the executives should spend the majority of their time strategizing and making policy. This is a failed approach (see General Motors, Ford, K-Mart, etc), and ensures the work, including projects, will take longer than planned and cost more than what was budgeted.

Executive leadership and oversight of projects has been proven to motivate project teams to be accountable, results driven, and focused on achieving a common goal. Good executive leadership provides the glue that keeps teams working together, provides inspiration, exhibits integrity, sets an example for others to follow, and is accountable.
Posted by ProjectSteps at 6:07 PM No comments:

ProjectSteps
I have been a project manager in the IT/Telecom industries for over 30 years. I believe that good communications and the ability to motivate, lead, and enjoy working with a diverse group of people is the foundation of excellence in project management.